Welcome to The Maple Leaf Pub

The Maple Leaf Inn was established in 1987 by Paul and Joann Martin. The building itself dates back to the early 1800s. It began as a convenience store then was the Colonial Inn for many years. The Inn was well known and frequented by railroad employees passing through the area. It was purchased approximately 40 years ago and was known as the Rusty Nail for a little over a decade then it was known as Simons for 13 years.

It became the Maple Leaf Inn on December 23, 1987 when it was taken over by Paul and Joann Martin. It was burned on August 3rd, 2004, and was closed for a year for demolition and rebuilding. It was then purchased by Missy LaPointe and Brian Slayton who ran it for 12 years as The Maple Leaf Bar & Grill.

As of December 16th, 2020, The Maple Leaf Bar & Grill is under new ownership and is now The Maple Leaf Pub! Holly and Colin Neylon are excited to welcome you in. Our menu has something for everyone and our full service bar has a variety of wines, beers, cocktails and seasonal specialty mixed drinks. Join us for dinner with the family, a night of keno or trivia, or catch a game. We appreciate all the support and look forward to continuing to provide the community with the same great food and service. 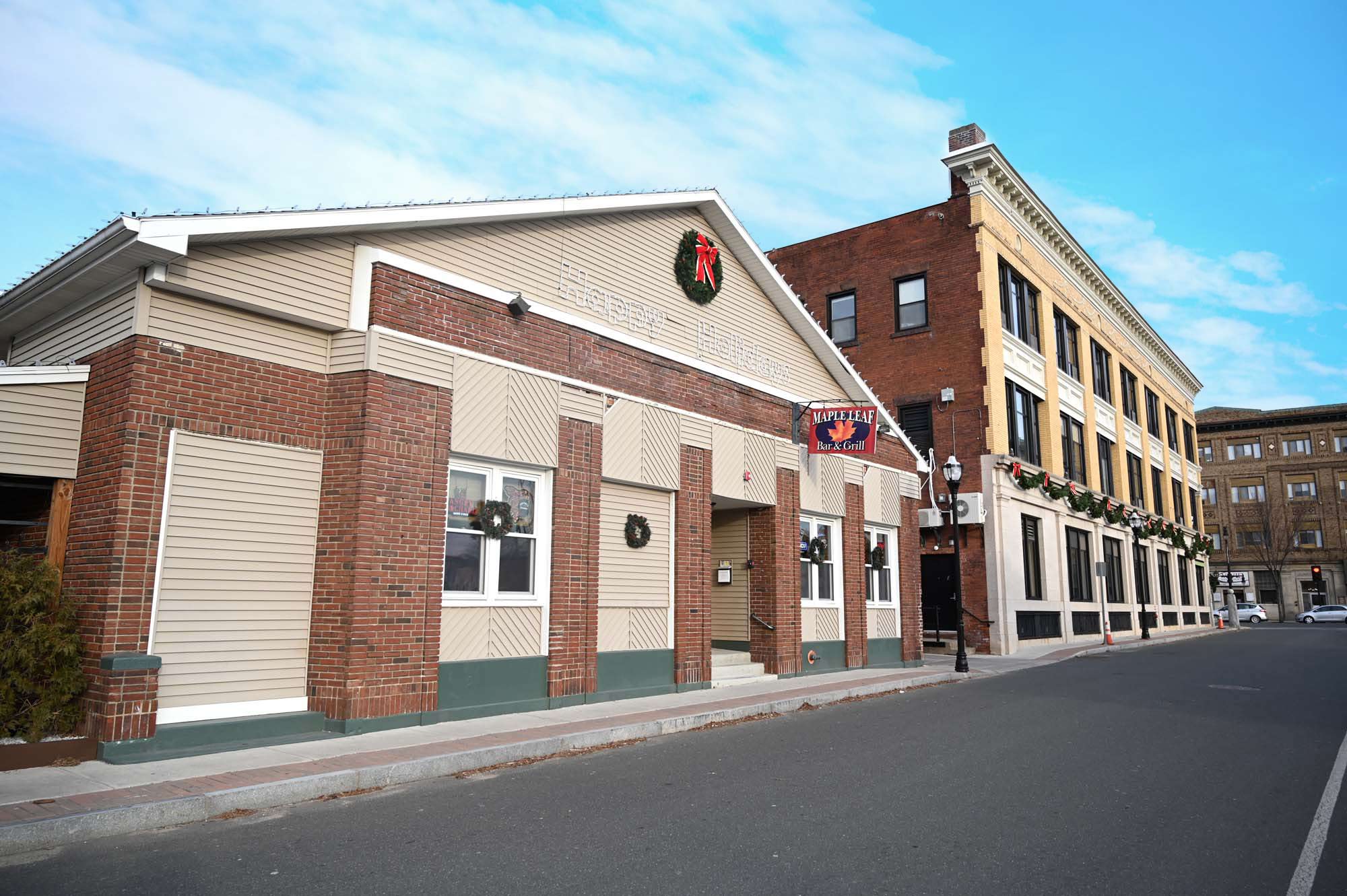